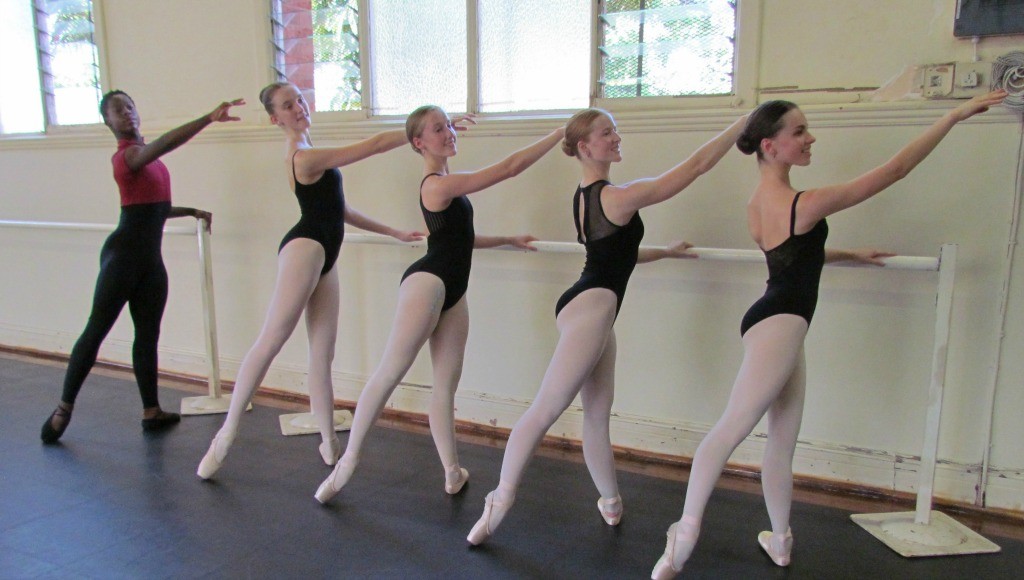 Dancers from the KZN Dance Academy are achieving great successes and six are winging their way overseas to dance in various Summer Schools or Dance Companies while one is joining a South African Ballet Company.

Last year, Phillipa McCann was accepted into the English National Ballet School in London. She had already won several awards. Her teachers are Patricia McIntosh and Yvonne Barker.

In March 2017, Phillipa auditioned in Johannesburg for the International Cecchetti Classical Ballet Competition being held in Florence, Italy in August of that year. She was one of only three South Africans selected to attend by a panel of judges including Dr Eduard Greyling, Ms Lynne Fouché and Ms Liane Lurie. She had outstanding successes competing with dancers from around the world and was awarded the following prizes:

Phillipa was the winner of the International Cyril Beaumont Bursary Competition held in December 2017, one of seven South African semi-finalists and only three finalists. At this competition, she was awarded a scholarship to attend the two-week English National Ballet School Summer Intensive in London, U.K. in July/August 2018 and was invited by Mr David Yow, tutor at the English National Ballet School, to attend the final audition for their three-year full-time course.

She was accepted into this dance programme, giving her an opportunity to find employment within a ballet company after the three years.

Also a finalist in the Cyril Beaumont Competition in December 2017 was Isabella Redman, taught by Beverley and Kerry Hall of the KZN Dance Centre. In 2018, Isabella studied for and was awarded her teacher’s qualifying examination, the Associate and was the winner of the Dorothea McNair Trophy for an outstanding qualifying examination. She has been accepted into the Cape Town City Ballet Company’s Graduate programme.

Leah Allen and Alexandra Lawson (both taught by Patricia McIntosh and Yvonne Barker) were accepted to dance in the English National Ballet School’s Summer Intensive in 2018, a two-week gruelling dance course. They returned to South Africa even more determined than ever to pursue their dreams of dancing professionally.

This year, Leah submitted audition DVDs to overseas dance companies and has been invited to attend the final auditions for Elmhurst Ballet School in Birmingham, England in March and, in April, the Academy of Dance, Oslo National Academy of the Arts, Norway which offers a three-year BA in ballet.

These two dance schools prepare students for professional careers in ballet and allied dance genres. Students benefit greatly from their school’s association with the professional Company (Elmhurst with the Birmingham Royal Ballet). The curriculum is geared to the future requirements of ballet companies worldwide and is taught by an international faculty of dance teachers with outstanding professional reputations.

Alexandra Lawson submitted her audition DVD to several companies and was accepted by the Northern Ballet School in Manchester, England to start dancing with them in September 2019. The Northern Ballet School is an international centre of excellence in training for classical ballet and musical theatre, helping students to become the performers the theatre dance industry around the world demands – artistically accomplished, technically skilled, well-educated and confident. Alexandra also submitted her audition DVD to the Norwegian National Ballet School in Oslo, Norway and was invited to audition for their three-year BA in ballet in April.

Thomas Larché, taught by Patricia McIntosh and Yvonne Barker, has been selected from a large pool of national and international students who auditioned to dance in the Boston Ballet School in America for a two-week Summer Dance Program at the Newton Studio (23 June – 8 July). He submitted a 15-minute audition DVD which included various classical ballet class exercises.

Megan Beyers and Megan de Oliveira, both taught by Beverley and Kerry Hall of the KZN Dance Centre, submitted audition DVDs for and have been selected to dance at the three-week Summer School (7 – 27 July) at The Sarasota Ballet, an American ballet company based in Sarasota, Florida. The ballet company is acclaimed for its performances of Sir Frederick Ashton’s ballets under its director Iain Webb and Durban born ballerina, Margaret Barbieri as assistant director. The two Megans will dance in a final performance to end the course at the Florida State University Performing Arts Centre.

Megan Beyers also submitted her audition DVD to Academy of Dance, Oslo National Academy of the Arts, Norway and has been invited to audition for their three-year BA in ballet in April.

The daily schedule at Summer Schools usually includes a 1½ to 2-hour technique class and a one-hour pointe or men’s class. Students also have the opportunity to take master classes in addition to enrichments such as Pilates, modern, choreography, jazz, repertoire, and character. These Summer Schools afford dance students a wonderful opportunity to improve their technique, while also exploring other forms of movement to further develop and broaden their understanding of dance.

The KZN Dance Academy would be delighted to accept any sponsorship to enable these talented, driven and dedicated dancers to reach their dreams. On top of the course fees, there are other costs like air fares, accommodation and general daily expenses. Any amount, small or large is gratefully accepted and acknowledged. The Academy is a registered PBO and NPO and Section 18A(1)(a) Tax Exemption Certificates may be issued for donations.

← 2018 CECCHETTI AWARD WINNERS – All dancers with the KZN Dance Academy